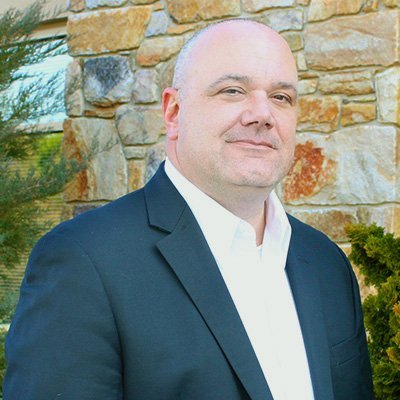 Many business owners have experienced the frustration of being turned down for a commercial real estate loan or having their loan request approved, but at a reduced amount. Logic would tell you that if you have enough cash flow to support a larger mortgage for your business location, you should be able to borrow more than 75-80 percent of the purchase price. What many borrowers do not realize is that banks are regulated on what percentage they can lend against a commercial property. Additionally, the regulations require banks to reserve a portion of their capital against the balance of a loan, driving up the cost of a loan.

These regulatory reserve requirements were increased beginning in 2015 for commercial real estate loans that regulators deemed “High Volatility Commercial Real Estate” (HVCRE). Big surprise: The definition handed down by the regulators was sufficiently grey that it included a large percentage of commercial real estate loans. These HVCRE rules require bankers to reserve capital at a rate of 150 percent of the normal capital reserve. However, there was one loophole that saved on capital reserves: If a borrower placed at least 15 percent down in hard cash on the building’s purchase price, the real estate would be exempt from HVCRE status.

As with all regulations, the HVCRE definition is changing. Under the new rules, a new classification and equally cumbersome acronym will now define what is an HVCRE loan. The new acronym is HVADC and it stands for Highly Volatile Acquisition, Development and Construction. Due to the modification of HVCRE regulations by the HVADC definition, lenders have been asking us how to navigate them in a manner that will help the bank and the borrower.

The main concern under the changing regulations: How do a lender and/or borrower that have been incubating a small business secure competitively priced commercial mortgage loans while still financing real estate to the greatest extent possible? How does that lender help to preserve the working capital necessary to finance the business’s growth by keeping the cash out-of-pocket for a real estate purchase at a lower level?

The move from the existing HVCRE rules to the HVADC definition is being hailed by regulators as a positive step toward simplifying and reducing some of the capital burden on banks. But as with many regulatory changes, this adjustment is not necessarily a positive one. While the capital reserve requirement is being dropped from 150 percent to 130 percent, the 15 percent capital contribution exemption is being eliminated. The result: Many more loans will be classified under the HVADC guidelines than are currently considered HVCRE loans. This makes it difficult for lenders to price competitively and borrowers to fund their projects adequately.

Regulators are also claiming that the new HVADC rule more clearly defines a permanent loan that is exempt from HVCRE status. But the permanent loan is defined as a loan that is “prudently underwritten,” generating yet another grey area, open for interpretation and exploitation by the various regulatory bodies. A compliant permanent loan must also be a loan where a borrower has an “existing” and “continuing” source of repayment other than sale of the property. Such cash flow is rare for start-up businesses as well as small businesses looking to expand. Those businesses will likely face an increase in loan pricing or decrease in loan-to-value, and either of those scenarios will likely result in a barrier to ownership and control of the business real estate.

All is not lost. One of the positive changes is an exemption for bridge loans extended as part of an SBA 504 Loan. The result: With SBA funding the balance of the transaction above 50 percent, a lender has now reduced the bank’s permanent advance against the purchase price of the real estate (a.k.a. the Loan-to-Value Ratio) to a point below the HVCRE/HVADC threshold.

From a borrower’s perspective, this is a very desirable option. The SBA 504 interest rates are fully fixed below the current market rates (4.6 percent in January 2018), are self-amortizing over 20 years (a 25-year option is coming later this year), and can finance up to 90 percent of a project with loan-to-value ratios approaching 100 percent.

In summary, SBA 504 funding allows lenders to finance HVADC real estate at competitive rates while avoiding the 130 percent reserve weighting. Borrowers benefit by preserving capital as a result of the decreased equity contributions, and also securing a long-term, low fixed rate. In the face of HVADC, lenders who utilize the benefits of SBA’s 504 program provide a substantial advantage for their borrowers and their bank.

Chris McHenry is a senior portfolio and compliance manager for Seedcopa of Exton, a private non-profit that works with lenders to help small to mid-sized businesses in Pennsylvania obtain government loans. With more than 25 years of experience in commercial banking, he works with economic development partners throughout Pennsylvania, including in the Greater Lehigh Valley. He can be reached at cmchenry@seedcopa.com or 610-321-8239.