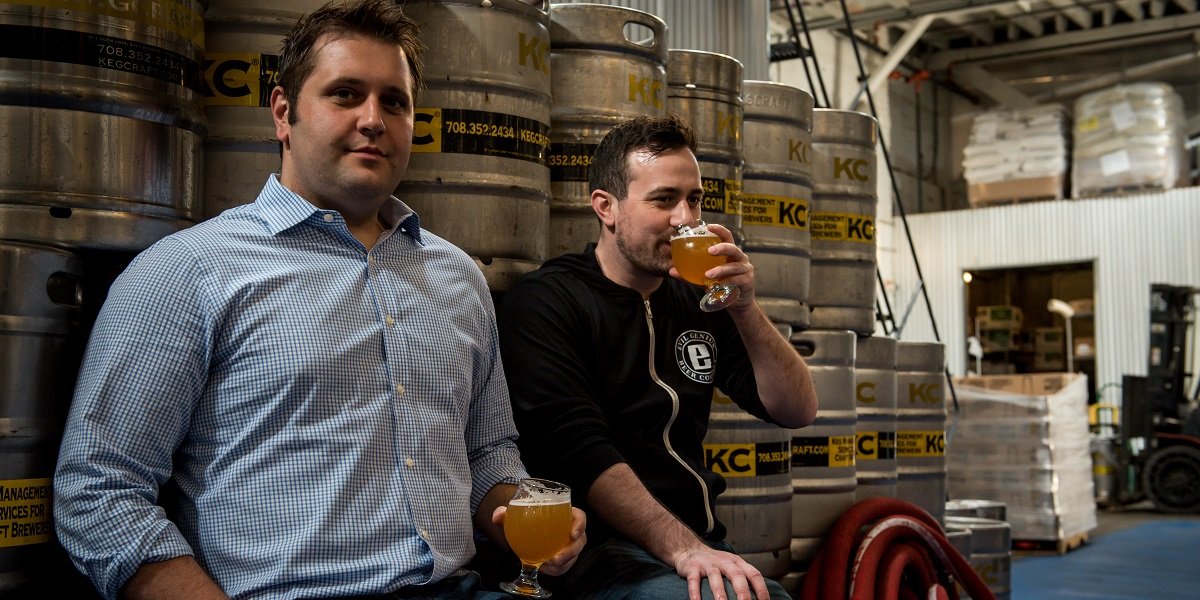 With beers like “OK Boomer” and “That’s not a knife, this is a knife,” Evil Genius Beer Company is known for being distinctive. What’s setting it apart now?

The 120-seat tasting room has 12 rotating selections of beer on tap at a time, six beers brewed on site, plus special release cans and batch cocktails. With 40 employees and growing at the vintage industrial space, it’s a thing of beauty. But it didn’t start out that way. 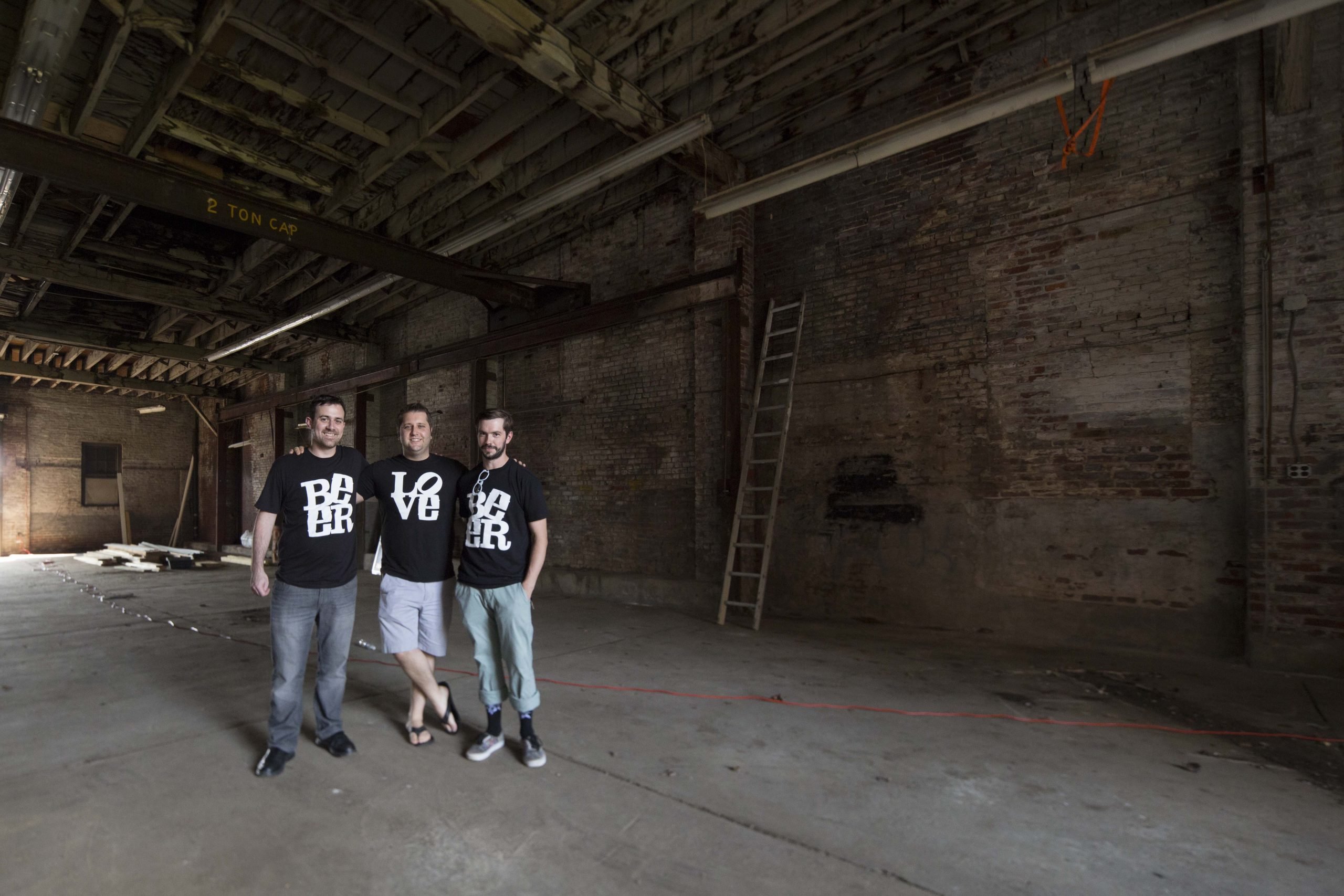 “It was a really old, derelict manufacturing building that hadn’t been occupied in decades, with beautiful brick and steel. We saw the building not for what it was, but for what it could be,” says Bowen, who notes that the building on Philadelphia’s Front Street was a furniture factory at one point as well as a carriage works. “We saw the neighborhood changing around us. We saw it being the next big thing. That’s what gave us a lot of confidence.”

Now Bowen and co-owner Trevor Hayward needed to find a confident lender to help finance the project, which would total just over $1.8 million to transform the 6,000-square foot space.

“We were too small for a conventional loan at that time. Combine that with the buying and rehabbing of an old building, and our lender felt more comfortable moving us forward with an SBA 504 loan,” says Bowen.

The lender, Meridian Bank’s Geoff Sheehan, introduced the brewers to Seedcopa, which specializes in helping to secure government-backed loans. Working with Evil Genius, Seedcopa was able to develop a successful loan application outlining the brewery’s plan to set up a 15-barrel brewing system at the facility with 10 fermentation and serving tanks capable of producing up to 40,000 case equivalents annually. The resulting loan helped Evil Genius secure an SBA 504 loan to finance 40% of the project. This provided enough assurance for Meridian to loan 50%, and the borrower contributed 10%.

Says Seedcopa managing director Sherwood Robbins, “With less money out of pocket spent on the facility, Evil Genius was able to hire more people, invest in marketing and expansion. This is key to the success of any growing business, and now they have a successful second revenue stream outside of their distribution business.”

“Having a retail location is essential,” says Bowen. “It gives people a way to experience our brand in a tangible way. We just wouldn’t be able to do it without the physical space.” 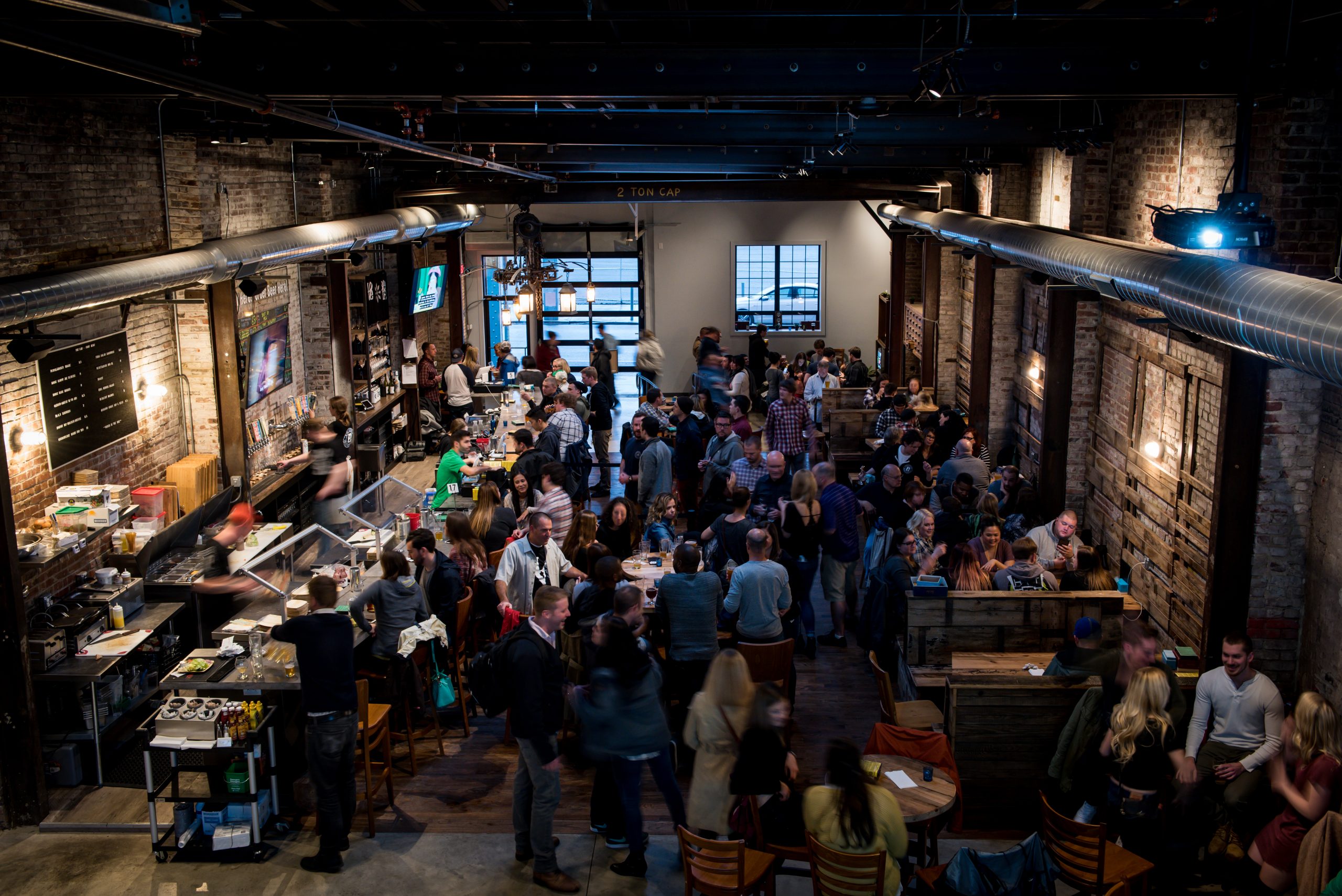 The journey to get there started in 2008, when Bowen and Hayward were pursuing their MBAs at Villanova University and decided to start their own company. After spending several months investigating growth industries on the heels of the recession, they met with three Villanova professors who helped them critically analyze their findings. The result: Evil Genius was incorporated the following year.

The company started out with a contract brewing model where they would partner with another brewery to make beer. This allowed Evil Genius to avoid both the startup and ongoing fixed costs of running a production facility from day one, and permitted them to concentrate on building sales, distribution and brand awareness.

Eight years later, Evil Genius was selling through 17 different wholesalers in six states and Washington D.C. The dream of building their own facility could finally be realized.

“Sherwood and everyone at Seedcopa were really able to shepherd us through the process. They took the time to get to know our business, understand who we were and what we were trying to accomplish. They helped us communicate our vision to the lender, so we could secure the financing we needed,” says Bowen.

His advice to anyone considering an SBA 504 loan: “Trust the process. It’s a really good system, with good people to guide you through it. You’re not alone.”

And as for those rather distinctive beer names… Which is Bowen’s favorite?

“Purple Monkey Dishwasher. It’s by far the most creative,” says Bowen, who says it’s inspired by this early episode of the Simpsons. Cheers!

Recent Posts
Back To Top