For a third consecutive year, Seedcopa + SeedcoDE has been ranked as the #1 SBA 504 Lender in Eastern Pennsylvania by the U.S. Small Business Administration. 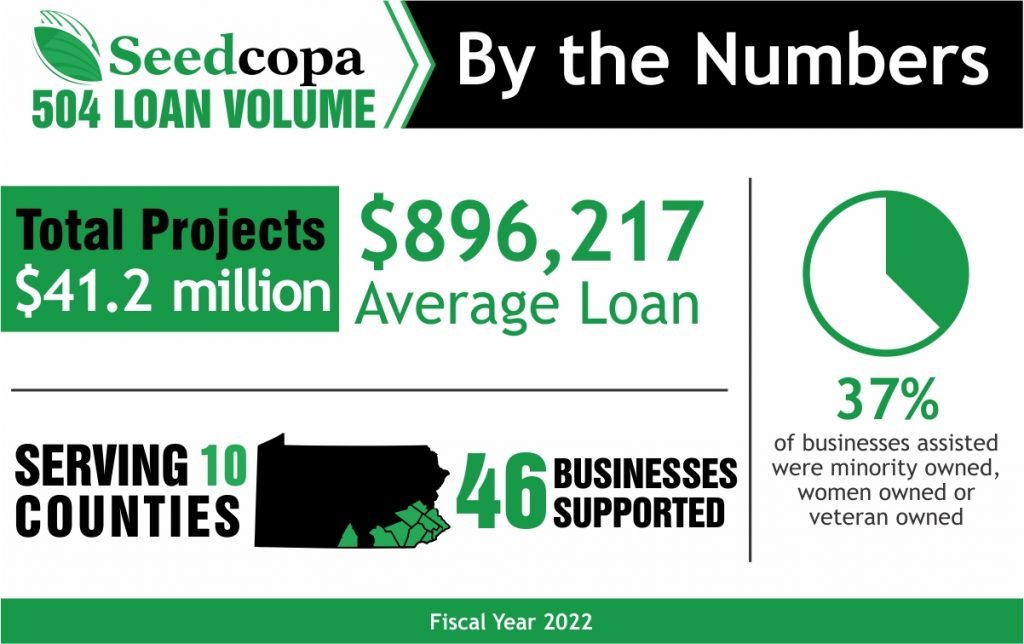 Nationally, the U.S. Small Business Administration has announced that the SBA 504 Program reached more than $100 billion in all-time loan fundings last month. The total impact, which includes financing from third party lenders, has supported over $250 billion in local economic development across the nation.